LGBTQ stands for lesbian, gay, bisexual (bi), trans and queer. It is a collective term for issues that concern both sexuality and gender. The common factor for LGBTQ people is that we do not conform to hetero norms!

Nobody can decide or tell you that you are LGBTQ or not. The only person who can decide it is you. Regardless of whether it relates to gender identity, sexual orientation, or the pronoun, it is always your choice to define yourself as you want.

You are also equally entitled to choose not to define yourself.
You also have the right to change your definition during your lifetime.

Sexual orientation consists of five different parts: sexual interest, romantic interest, sexual practice, romantic practice, and identity. Sexual interest refers to which person or people turn you on or you want to have sex with. The romantic interest, on the other hand, is about which person or people you fall in love with. Some people might fall in love with everyone, regardless of gender, but only want to have sex with people with the same gender as themselves. Some people are asexual, which means that they are not interested in sex, but at the same time are bi-romantic – meaning that they fall in love with people regardless of gender. Sexual practice and romantic practice relate to the person or people that you actually have sex with or are in a relationship with. It could be a question of how you choose to organize your relationships. Some people might have several sexual partners and one romantic relationship, or vice versa. Identity relates to how you define yourself. You have the right to use the words that feel right for you. Examples of sexual identities include homosexual, bisexual, and asexual.

Gender consists of four different parts: gender identity (mental gender), gender expression (social gender), assigned gender (biological gender), and legal gender. Gender identity (mental gender) is the gender you feel yourself to be. It is quite simply the gender that you feel you have in your heart and soul. It doesn’t need to match the way your body looks. All people have the right to decide which gender identity they have. Gender identity can also change over time. Gender expression (social gender) is how you express yourself in terms of gender. For example, this could be through clothes, body language, hairstyle, make-up, voice, and social conduct. You can choose to express yourself in a way that is different from the expectations for your gender identity or your gender expression and gender identity could also match. Assigned gender (biological gender) is defined based on internal and external sexual organs, sex chromosomes, and hormone levels. Biological gender is a question of interpretation, this means that doctors have decided how internal and external genitals “should” look and what should be counted as different genders. From a purely biological perspective, there are not only two genders, but several variations also exist. Legal gender is the gender that is registered as in the population register. The gender written in your passport or ID card. In Sweden, there are only two legal genders: female and male. But in some countries, there are several legal genders.

These are unwritten rules in society that control how a person is expected to behave, live, and look. Hetero norms are some of society’s strongest norms and affect everyone. These norms set out rules, expectations, and ideas about gender, love, and sexuality. For example, hetero norms set out expectations that all people are either boys or girls and that throughout our lives we will define ourselves as the gender assigned to us at birth. Heteronorms also says that men should be masculine and women should be feminine and that men and women are expected to be attracted to and fall in love with each other. So hetero norms create expectations about how you express and identify yourself depending on the gender you are considered to belong to.

Heteronorms mean that people are restricted and prevented from exploring and discovering themselves. Heteronorms create disadvantages for people who do not conform to them and advantages to those that fit into them. 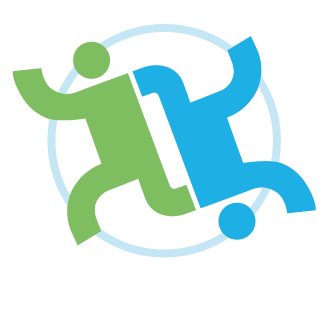